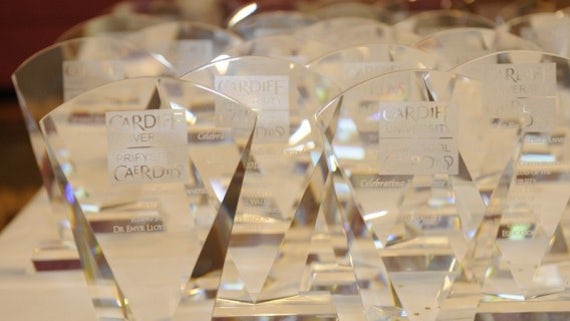 The Social Data Science Lab is a finalist in the 2017 Cardiff University Celebrating Excellence Awards. The awards recognise groups and individuals who go the extra mile, and acknowledge the contributions made by colleagues from across the University. The Lab is one of three finalists in the Innovation and Enterprise category that recognises an individual or team that has made an outstanding contribution to a thriving innovation culture. This year 195 nominations were received across 15 categories of award. The winners will be announced at an awards dinner on November 9th.

The Lab was nominated by the Schools of Social Science and Computer Science & Informatics because of its innovative work with big social data applied to the fields of crime and security and risk and safety.  The Lab has received research funding from EPSRC, ESRC, JISC, DoJ US, DoH, Met Police, Google, Admiral Insurance, and Airbus Group (amounting to 26 grants worth £7.64 million, bringing in over £4.1 million directly to Cardiff University).

The Lab has provided social media analytics tools and services to a range of organisations in over 20 countries including the Metropolitan Police Service, London Mayor’s Office for Policing and Crime, National Police Chiefs’ Council, Police Foundation, Crown Prosecution Service, College of Policing, Ministry of Defence, Foreign and Commonwealth Office, Detroit Crime Commission, US Army and NATO.

Engagement with industry is a key part of the Lab’s research and innovation strategy, and recent partnerships include two ESRC KTPs with Admiral on using Big Data in insurance and the Airbus Centre of Excellence in Cyber Security Analytics. Lab technology co-produced with Airbus won the Lloyds Science of Risk Runner Up Prize in 2015.

Within the past year the Lab has received funding amounting to £700K from the ESRC to study the use of Open Source Communications in academic, government and third sector research settings. Lab staff are also working with the Rand Corporation (LA) on a US Department of Justice grant ($885K FEC) that examines the use of social media communications to estimate offline hate crime patterns in LA County.