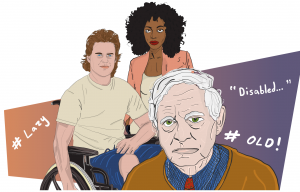 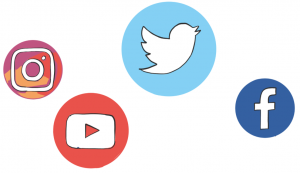 A team of experts from Cardiff University have joined forces with the Welsh Government to develop three new on-line guides to help stem the rising tide of hate online.

Professor Matthew Williams from the University’s Social Data Science Lab and Dr Pete Burnup from the School of Computer Science and Informatics have worked with the Welsh Government to develop three new bi-lingual on-line hate speech guides targeted at young people, adults and practitioners.Each of the guides have been informed by research into hate crime and cyberhate conducted at the University over the past five years.

The new on-line guides provide information on the nature and patterns of online hate speech, the laws that are used to punish wrongdoers, the impacts of cyberhate on victims, effective ways for the public to use counter-speech, and how to make reports to the police.

“The Internet is the new frontier in crime,“ according to Professor Matthew Williams, Director of the Social Data Science Lab. “Cybercrime is one of the few forms of crime to see an increase year on year, while most other crimes are on the decline. Our research into the social media reaction to the murder of Lee Rigby in 2013 shows how people take to social media to spread hateful sentiments following events. A similar online reaction was observed following the referendum on the UK’s future in the European Union. The internet acts as a force amplifier for hate, and these guides, informed by cutting edge research at Cardiff, are aimed to give young people, adults and practitioners the information they need to combat the rising tide of hate online.”

Professor Williams led The All Wales Hate Crime Project (2011-2013) which formed the basis for the Welsh Government’s Framework for Action on Tackling Hate Crime. The project remains the largest study of hate crime in the UK, funded by the Big Lottery Fund for £570,000. Following on from this study, a team from Cardiff University won a grant from the Economic and Social Research Council and Google to study hate speech online. Professor Williams and Dr Pete Burnup, Co-Director of the Social Data Science Lab, have also secured a prestigious grant from the US Department of Justice to study cyberhate in Los Angeles.

Dr Burnap adds: “Every 60 seconds, nearly 300 thousand comments are posted on Facebook worldwide. In the UK alone, 30 million tweets are posted every day. To collect and analyse these data in our studies of hate speech online requires high performance computing and sophisticated machine learning algorithms to identify cyberhate at scale. We have been funded by the Economic and Social Research Council to develop these technologies with social scientists, resulting in outcomes that can have an impact in the lives of real people. Using technology to identify cyberhate, practitioners can now better target harm reduction initiatives to those most in need,” he added.

The three online guides have been lunched during this week’s Hate Crime Awareness Week which runs from 10th – 17th of October.