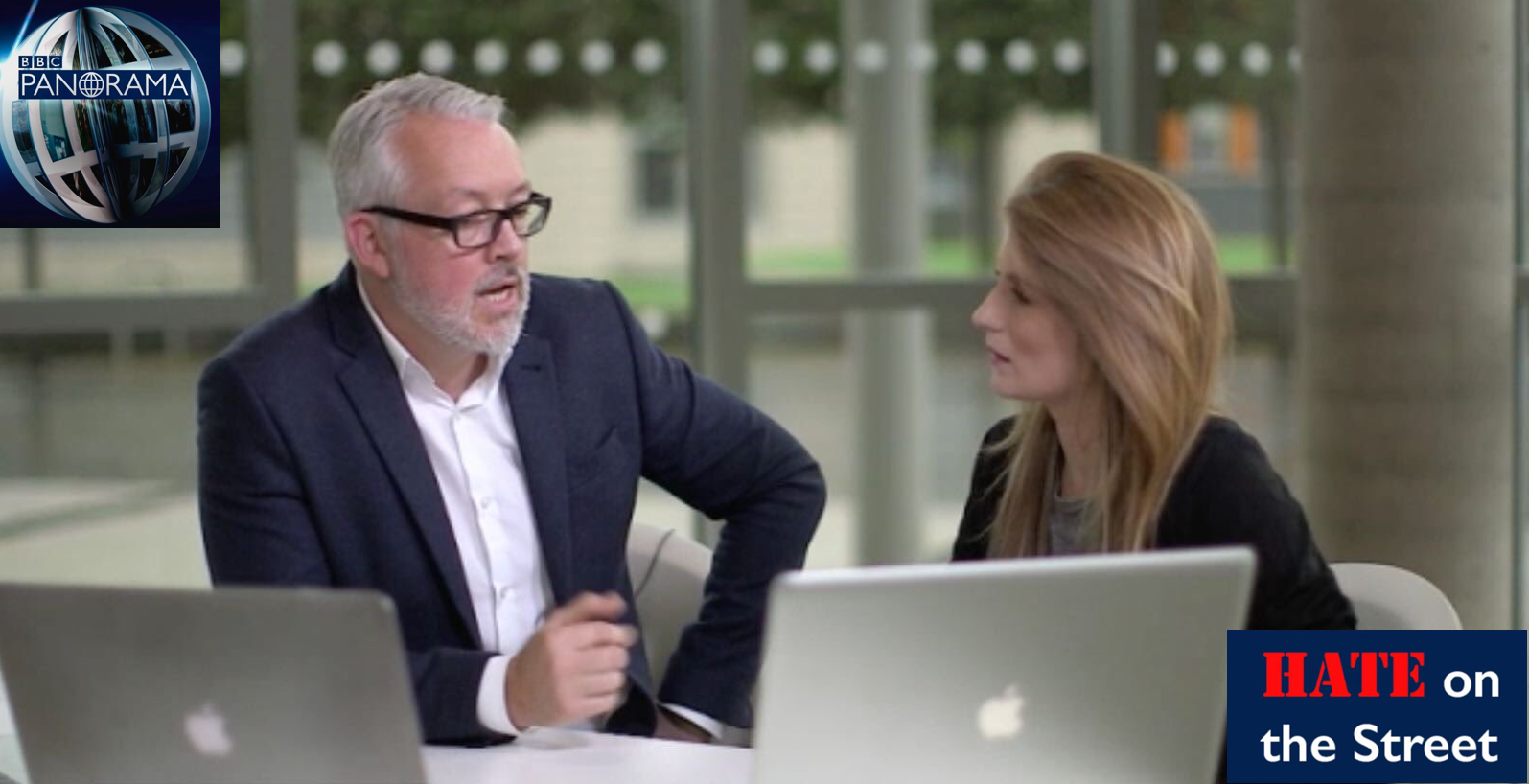 BBC One’s Panorama programme ‘Hate on the Streets‘ takes a hard look at the rising tide of hate since the referendum on the UK’s future in the EU. Producers made contact with the Social Data Science Lab to get expert opinion on the statistical trends on hate crime both on and offline. Home Office and social media data being analysed as part of the Lab’s ESRC New and Emerging Forms of Data (NEFD) Policy Demonstrator Grant formed the empirical evidence for the programme.

On the focus of the programme, Professor Matt Williams said “Official police recoded crime figures show a clear rise in hate offences around the time of the referendum. While increased reporting and better recording practices may be partly accountable, they are unlikely to be solely responsible for the highest recorded spike in hate crime since records began. The significant rise in social media hate speech around the same time period also indicates that rates of preparation increased. When we observe acts of hate speech online, we see perpetration in action, meaning we are not reliant upon reports from victims or witnesses to inform trends.”

The Lab’s ESRC NEFD project “Centre for Cyberhate Research and Policy” is developing a Hate Speech Dashboard in collaboration with the Metropolitan Police Service, the London Mayor’s Office for Policing and Crime (MOPAC) and the Home Office. The Dashboard will assist analysts in identifying areas that require policy attention and will help improve interventions to stop hate speech from spreading online following ‘trigger events’.

“What recent events have shown us, such as terror attacks and political votes, is that hate crime has a significant temporal component.  The referendum acted as a tipping point for some people who hold prejudiced views, but may have never acted upon them. The pro-Brexit, xenophobic narrative from some campaigners, and the vote result, helped galvanise and legitimise prejudiced beliefs, mobilising an otherwise silent minority to take to the streets.” Professor Williams said.

The Lab has already undertaken several preliminary studies regarding the spread of hate speech on social media, most notably around the murder of Lee Rigby in Woolwich in 2013. Within the past year the Lab has received funding amounting to £700K from the ESRC to study the use of Open Source Communications in academic, government and third sector research settings. The Social Data Science Lab forms part of the ESRC £64M Big Data Network.